To hinder the spread of COVID-19, we now offer the option for any consultation or client appointment to be virtual through FaceTime or Zoom. Learn More

ARE YOU LOOKING FOR TRUSTED LEGAL COUNSEL? PUT MY EXPERIENCE ON YOUR SIDE. 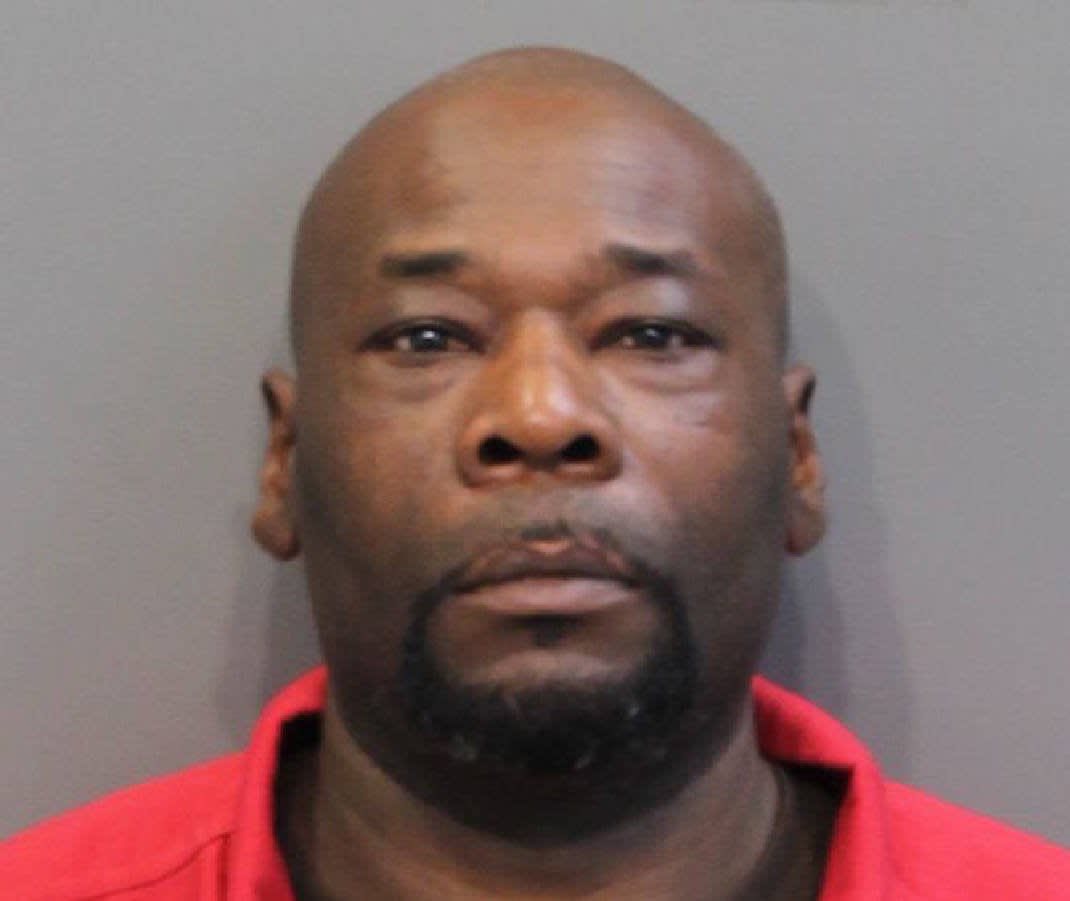 IF I’M NOT GUILTY, SHOULD I TALK TO POLICE WITHOUT AN ATTORNEY?

Steven Moore and I began defending our client Reggie Woods (aka Reginald Oakley), against the charges of Second Degree Murder and Possession of a Firearm During the Commission of a Dangerous Felony in front of the Honorable Tom Greenholtz in the Second Division of the Criminal Court for Hamilton County, Tennessee on Tuesday. Here's my completely biased account of the evidence and why we hope the jury will agree that Reggie is not guilty.

Reggie is intelligent and soft spoken. He lost the woman he had been dating off and on for 6 years in a tragic accident on July 20, 2017. Katrina Yolanda Holloway, had been snorting cocaine, smoking marijuana, and drinking alcohol that night. She was a jealous woman. She thought Reggie was cheating on her, and would often accuse him of doing so. Reggie was asleep on a pallet he had made for himself and Ms. Holloway in the living room near the only air conditioner in the apartment. He awoke to his phone ringing. Some friends wanted him to go to an amusement park in Atlanta with them. When he told Ms. Holloway, her familiar jealous rage ensued. She took the snub nose 38 revolver she kept under her couch cushion out and began threatening Reggie with it. Ms. Holloway was intoxicated and enraged. She followed Reggie around the house waving the revolver back and forth limp-wristed and inconsolable. Reggie repeatedly asked her to get the gun out of his face–"to stop pointing that gun at me." He repeatedly pushed the barrel away from the direction of his face trying to avoid an accidental discharge. He knew Ms. Holloway wasn't going to intentionally shoot him, he was concerned the gun might accidentally go off. Ms. Holloway continued leading this potentially deadly dance into the kitchen with Reggie having no other choice but to follow trying to avoid the barrel of the gun. They kind of fell into a rhythm. Each time Ms. Holloway would point the gun at Reggie, Reggie would try to push the gun away from his face, and each time Reggie would try to push the gun away, Ms. Holloway would "snatch" the gun back towards her.

Ms. Holloway was right handed. Reggie is left handed. Please try it for yourself with a prop, but if a person holding a gun in their right hand is waving it back and forth in a limp-wristed fashion, and a left handed person hits the barrel of the gun with their left hand to try and keep it from being pointed at them, the result is that the person holding the gun can end up with the gun pointed at their chest. That's what happened to Ms. Holloway. In this tragic and freak accident, when that gun snapped back toward Ms. Holloway, she had her finger on the trigger, and the gun went off. The bullet entered her chest travelling from right to left, as you would expect, and Ms. Holloway died on the scene.

Reggie did everything he could to save her. He called 911–we hear him talking to her pleading with her to hold on and calling her baby. He had his finger in the bullet hole. He tried CPR. He lost his phone after calling 911 the first time (it was under Ms. Holloway's body) so he ran to a neighbor's house to get them to call 911. These are not the actions of a man who just shot a woman on purpose. Further, there was simply no motive for Reggie to shoot Ms. Holloway. He was asleep on a pallet on the floor while she watched TV just an hour before this happened.

Reggie testified in open court yesterday. He testified to all of these things and more. He cried while recounting the loss of his "baby", and he told the jury that no one ever treated him as though he had lost someone or consoled him in any way. He told them that the police transported him to an interrogation room where they kept him shirtless and freezing for 6 hours interrogating him. He told them that he was so cold in that room, that he peeled up the carpet from the floor and wrapped up in it burrito style for some time.

During the course of his interrogation, Reggie told the story above over and over to investigators. Let me be clear, I don't think this was an issue of investigator misconduct. Reggie is a convicted felon, and has a checkered past. I totally understand why investigators might not have believed him. Investigators have an incredibly difficult job, and it's one in which it's easy to be blinded by confirmation bias mixed with a person's criminal history and other factors.

At this point in the investigation all the investigators have is Reggie's story. So the investigators do what they are trained to do–they go talk to the medical examiner to determine whether this could have been an accident. Investigators speak with the most dangerous and unwitting Dunning-Kruger effect victim I've ever personally encountered, Dr. Steven C. Cogswell. Cogswell, one of the local deputy medical examiners, performed the autopsy on Ms. Holloway, and should be held accountable for calling this tragic accident a homocide. He tells the investigators that there is no way this could have been an accident. How he would know something like that is beyond comprehension–I tried, I really did. I can think of a couple of accidental scenarios that don't have anything to do with Reggie's account of events, and Cogswell himself testified that investigators hadn't showed him Reggie's statement on video when he first rendered this opinion. But that didn't stop Cogswell from taking the stand yesterday and defending the assertion that Reggie's account of what happened was next to impossible. He had no science to back this up, just hand waving and technical jargon. Think about the incredible power Cogswell wields. He has no idea whether Reggie's account is possible, in fact, he doesn't even know reggie's account, but he's going with his gut feeling that this didn't happen by accident. Based on what?! Cogswell's gut feeling gets Reggie charged with murder. Reggie then spends 1.5 years in the Hamilton County Jail awaiting trial.

Again, I encourage anyone reading this to try it for yourself. Reggie testifed that the gun was a 38 revolver about 5 or 6 inches long. But I personally recreated this experiment with a Kimber 45 calibre auto, and my Grandfather's Ruger Bearcat 22, which is pictured below: 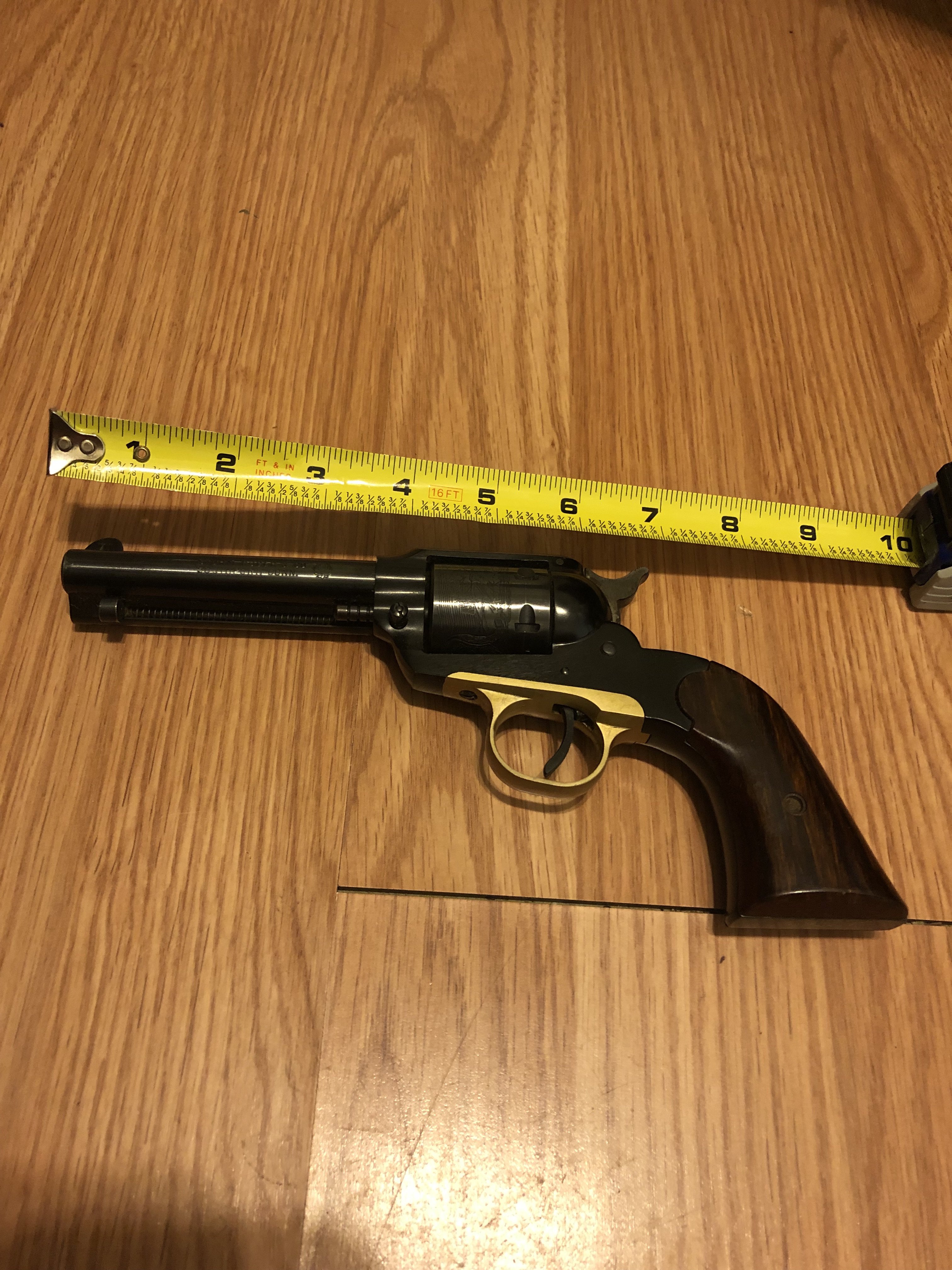 In both cases, it was easy for me to see that Reggie's account of events was not only possible, it was easy to recreate.

(If Dr. Steven C. Cogswell has rendered an opinion in your case, please contact me. I will consult free of charge.)

Ms. Holloway's young son was upstairs when the accident happened. The first officer on scene spoke with him, and the boy told him that he was upstairs the whole time and didn't see anything. Later that day after being in the custody of Ms. Holloway's sisters and mother, the boy created a brand new story that strains credulity. I feel terrible for Ms. Holloway's son. But I think the most charitable view of his testimony is that he gave inconsistent statements, and he is not sure what happened that night. He testified that he was upstairs playing Call of Duty when he heard a bang. So he definitely didn't see the accident take place.

The State has a video recording of Reggie's statement. They elected not to play it for the jury. In it, Reggie tells the same story, the one I wrote above, over and over. He's under a lot of pressure from the investigators who are using familiar tactics to get a person to change their story, but by and large, he sticks to his guns. On cross examination yesterday, Reggie denied the state's assertion about an answer he gave during that interview and then pleaded with them to show the jury the video. The State rested their case without ever showing the jury the video.

This was a tragic and freak accident. We hope the jury agrees with us and Reggie gets to go home to his family today.

This is the second time this year I have encountered a case that might have been avoided if the accused had invoked his 6th Amendment right to counsel. The Law Offices of Fisher Wise proudly serves Marion County, Sequatchie County, and Rhea County, Tennesse.

EVEN IF YOU'RE NOT GUILTY, DON'T EVER, EVER TALK TO THE POLICE WITHOUT AN ATTORNEY.